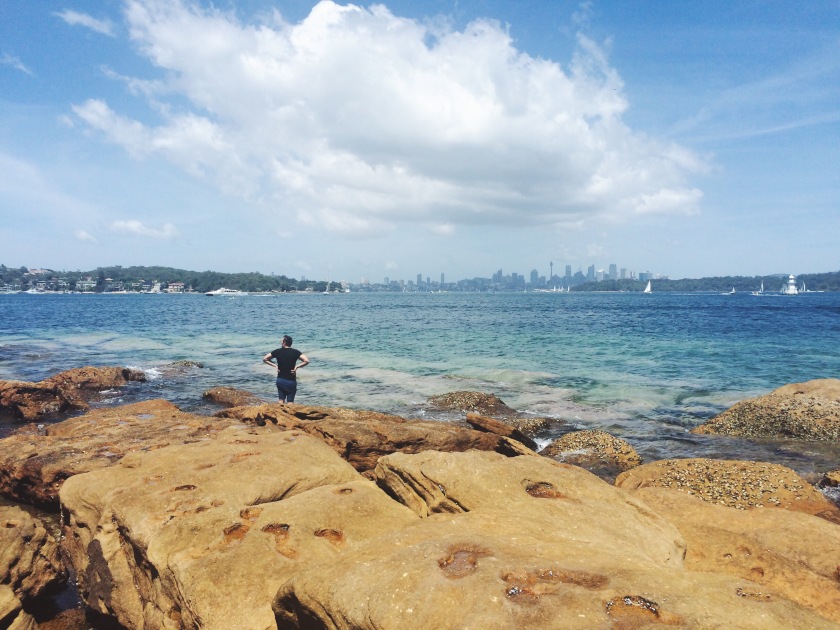 Are you questioning how on earth we’re already in February? Are you feeling a little like the passing of years flew by in the blink of an eye and that out of nowhere we’re already talking Easter?

How and when did this happen?!?

Yet somehow when I look around me there seems to be people everywhere flaunting a post holiday glow and refreshed attitude to life.

If you’re feeling a little dazed about what happened to your precious summer break, you’re not alone.

My holiday was mostly a blur of Christmas shopping, family visits, trips to see friends and a whole-lot-a life admin. Despite that I had nearly two weeks away from my desk (only a mere month ago!), the time didn’t leave me feeling ready and roaring to take on a new year.

In fact, when I returned to work I was feeling rather flat and weary which was not how I had intended or desired to start 2015.

Seeing a longing in my eyes (and after having felt the same holidaylessness as me), my man decided to make the most of our January weekends and organised a series of mini getaways for the both of us (in case you haven’t noticed from my instafeed!).

I approached these mini vacations with a little scepticism and a lot of hope that they would relax and reset us for the year ahead.

Our first mini getaway was to the greatest city in the world… Sydney! Yep, we travelled overseas (the harbour bridge and Sydney Harbour) and landed our feet firmly at the Crowne Plaza, Coogee.

It sounds incredibly corny to go on a holiday to your own city, but the experience was surprisingly exactly what we needed.

When we were planning the trip, I wasn’t fond of paying for a hotel when we already paid rent just down the road. However, I was wrong dear readers and the answer doesn’t just lie in the breakfast bar!

Being in a hotel brings to life a feeling of vacation that you only really get after a long plane ride somewhere. We were incredibly spoilt with a spectacular room that had a big balcony overlooking the ocean. There’s something about being right on the beach that creates a sense of instant serenity.

All the usual hotel perks also made the weekend feel like some grand adventure (mini soaps, mini bar, room service, over-priced facilities). This, coupled with the number of accents in Coogee, made it feel like we’d escaped to a foreign country.

Over the following two days we went exploring to the likes of Icebergs, Coogee Pavilion, Gordon’s Bay and Watson’s Bay. It proved that you can do a trip away in your own city and genuinely feel like you’re somewhere else  – if you don’t do the same things you would usually find your self doing on the weekend, that is.

As you would have also read (and if you didn’t, get it here) the following weekend we took advantage of the Australia Day long weekend and ventured south to the incredibly beautiful Tasmania.

Words cannot explain how special and amazing our trip down south was. We’re already contemplating our return dates.

If you’re searching for that holiday feeling, but you don’t have the budget or time to do a big getaway, there are lots of ways you can still switch off and find some distance from your everyday.

Try simply going somewhere. Anywhere… but importantly, treat it like a holiday – even go so far to tell people you’re away even if you’re just shacked up down the road.

Don’t go on a holiday or staycation to your own apartment or house. If you do this you won’t escape that garden that needs your attention or your typical routine.

Indulge: wake up late, go for a big walk, get a really good massage and treat yourself – just don’t make silly food decisions that you’ll later regret. Be smart with your choices.

Take someone who is fun, adventurous and in the same head-space as you.

Most importantly, get off the grid! Switch those work emails off and social should be taken down a notch as well.

If you’re so inclined for such an adventure, enjoy! I hope that you’re able to find your luscious holiday glow too 😉

I’m Clementine and welcome to my little journey to living a happy, simple and well life.

The Whole Life is a personal journal devoted to all things good for you including wellness, gratitude, and movement to nourishing food, being present and living with purpose.